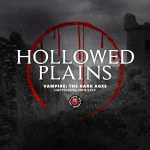 THEDROP08 Happy Jacks RPG Actual Play, The Drop, Almost, But Not Quite, Entirely Unlike Mongoose Traveller

THEDROP07 Happy Jacks RPG Actual Play, The Drop, Almost, But Not Quite, Entirely Unlike Traveller