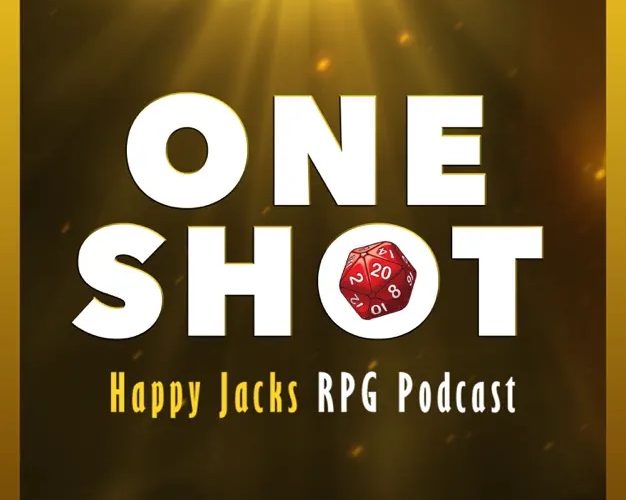 What do the following phrases mean?!

GOOD NEWS! — Refers to CADave’s character in Stu’s Legend of the Five Rings campaign. When things when particularly well, Dave’s character would enter the sake/tea house and announce, “Good News! I’ve negotiated better sake prices from our wholesaler!! (or whatever).”

TWO DAYS! — Refers to CADave’s character in Stu’s Legend of the Five Rings campaign. In the first scenario, the party was to locate and stop some bandits robbing local farms. After the daimyo of the valley told them that he was unimpressed with their performance, and how it was shaming the family that sent them, Dave’s character interrupted and said, “Two days. We’ll solve this in two days,” thereby setting a time limit to solve a mystery that they, so far, had zero clues for.

STORK IT — Refer’s to Stork’s ability to roll really poorly. Now used when anyone rolls like Stork. Got a critical failure? You storked it.

HIPPY GAME — A term used to describe RPGs that challenge the assumptions of standard games. These would include things like Fate and Fudge, which attempt to replace game mechanics with language; Apocalypse World for its narrative-driving mechanic; plus other games, including GM-less games.

WHY PROBLEM MAKE WHEN YOU NO PROBLEM HAVE YOU DON’T WANT TO MAKE? — This is a quote from the Polish Bear Hunter (Robert Stoltenberg) from the film Troll Hunter (watch it on Netflix, it’s fantastic).

I sent you an email, and you didn’t read it. Why didn’t you read it?!?

Depending on the time of year and email traffic, we sometimes get way more email than we could read in a weekly show. We used to try to read everything, but it became ridiculous. Shows were very long, and topics brought up in some emails were hastily dealt with to make room for more emails.

There are a few things than will increase the chances of having your email read on the show:

We really like “themed” emails. If your email fits into one of the following categories, we always like them:

If your subject line briefly describes the topic involved, that helps out a lot.

If you’re going through the backlog, emails that reference topics discussed years ago probably won’t get read — unless they bring up a new and interesting angle.

The following topics have been beaten like dead horses. Unless emails about these topics contain significantly new perspective on the topic, they’ll probably be skipped.

The Great Crunch Debate – This argument started with Tappy making the assertion that he believed Fate to be a crunchy system. It devolved into an argument about the definition of crush, with Stu asserting that crunch had to do with math (ie., number crunching), while Tappy asserted it had to do with out frequently the game system imposed itself on the narrative.

Armor Class vs. Soak – Stu has long opined that the D20 Armor Class mechanic is unrealistic, obsolete and should be abandoned for something else. Over the years, several listeners have attempted to explain the merits of AC, but Stu will have none of it.

Social Combat – This discussion started with an email from Aron Head about a ruling by Ross Payton at a Fear the Con game. Aron was attempted to use his character’s persuasion skills to convince another PC to take a certain course of action. Payton ruled that he wouldn’t let a skill roll take away the other player’s agency. Since then, MANY hours of show time have been devoted to discussing social skills versus PC (and also how social skills are and can be used).

Where do the songs at the end of the show come from?

The majority songs (if you’re hearing all-male voices in harmonies) come from the Poxy Boggards. www.poxyboggards.com
If you’re hearing women’s voices in harmony, it’s probably the Merri Wives of Windsor. www.mwow.net
When Kurt hosts, we usually play a Sportive Tricks song. www.sportivetricks.com
And on some occasions, we’ll play a Celtic Squall song (this band, now defunct, was made up of two Poxy Boggards and two Merry Wives.

All of their music can be found on CDBaby.com, iTunes, Google Play, Amazon Music and other online music retailers. For what it’s worth, most bands will get the largest cut from your purchase from CDBaby.com, rather than iTunes or the other big sites.

Where can I get the intro song(s)?

Most of the intro songs are on one of two 5-song compilations by the Angryfolk Band (or Angryfolkband).The first was “Let Me Tell You About My Character.” The second is “Once Upon a Tavern.” They are available from CDBaby, iTunes, etc.

Why don’t you play all the old intro songs any more?

When can our game designer/publisher get interviewed on your show?

Probably never. Happy Jacks, with a few rare exceptions, has never been an interview show. Because the RPG community is so fractured with different games, genres and interests, many designer interviews would only be of interest to a small fraction of our listenership.

If you really want access to our audience, we suggest you buy advertising on the show.

While we used to have hosts from other shows on our show, we’re currently not set up to do that unless they can visit our studio in person. After our transition to streaming video and changing the studio location, we have some technological issues to deal with to have remote guests on again. It will happen again, but it’s a matter of time and bandwidth (both mental and data) as to when the set up is ready.

Who Is Rob, and Why Does He Hate Sketchers(tm)?

Rob (or Hosier Rob) is an angry little halfling-gnome who sometimes hosts on the show. While we do not know the details of his fury, he absolutely hates the Sketchers(tm) brand of shoes. He hates them with a disquieting, disturbing, and wholly inappropriate intensity. He claims to have some reason for this, which he tries to explain at parties in a very earnest, somewhat desperate manner. FYI, Rob also hates bikers, Vitalis and the number 12 with similar intensity.