The first campaign run in the Star Wars setting of Mongoose Traveller, created by Bill Roper. Download the PDF for free! The Galactic Empire thrives under the absolute control of EMPEROR PALPATINE. The Jedi have been all but destroyed. Those who remain alive are in hiding or being hunted down. DARTH VADER and his 501st Legion of Imperial Stormtroopers are powerful, but rumors of a growing rebellion persist. Vader’s might must be reinforced with the acquisition of vital intelligence and information. To this end, an elite cadre of mercenaries and a promising dark adept are summoned to the Imperial City on Coruscant for an audience with Emperor Palpatine…

** This is one of our earliest actual plays. It is a great story but may not sound as clear as the later APs that were recorded in our studio. 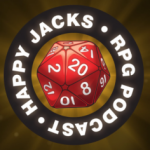