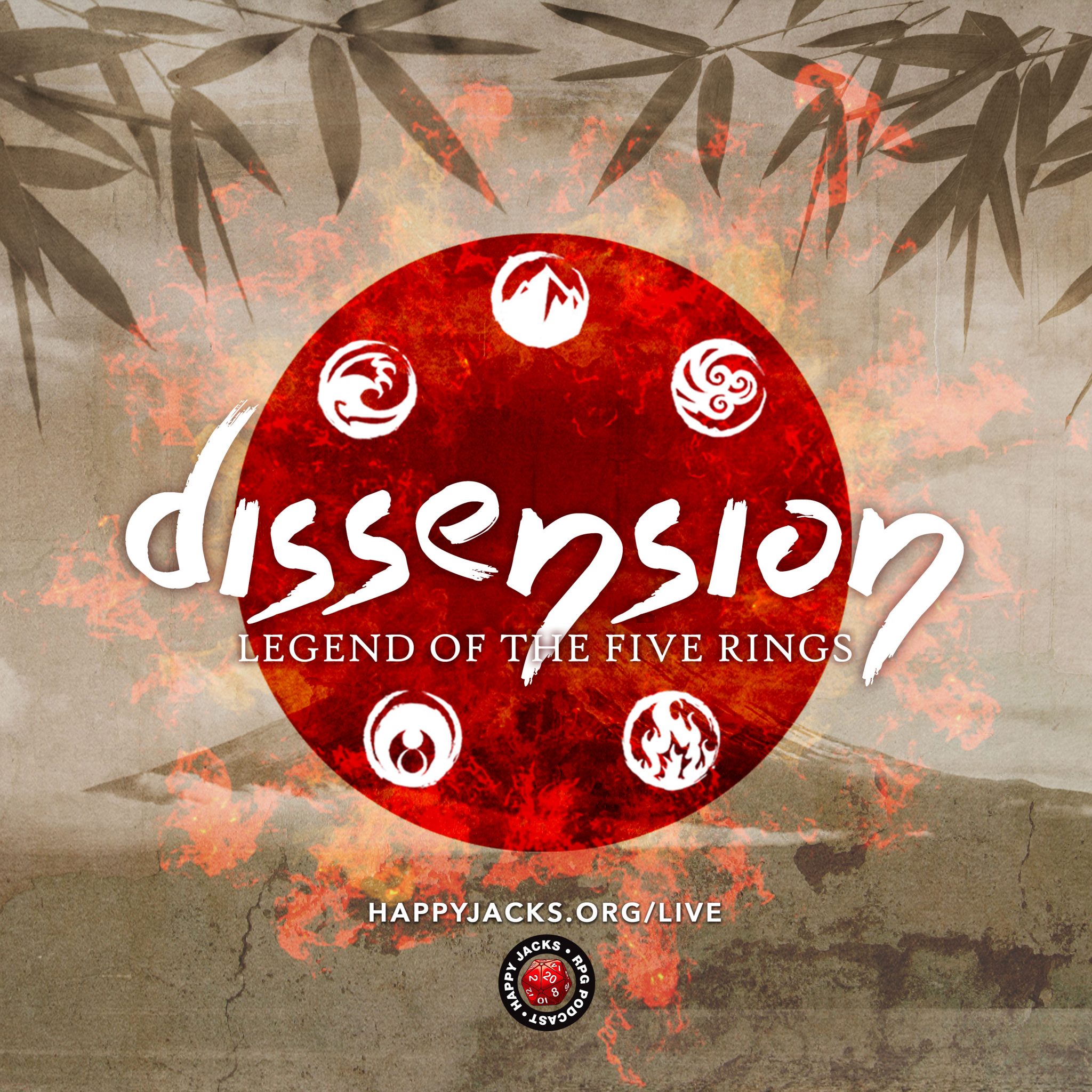 It is a time of chaos. The Lion and Dragon Clans have declared war upon the Crane and Mantis. Now all the Great Clans are at war. The fighting was bloody and costly, but the Emperor has a plan to end the fighting, and it involves a minor, troublesome minor family nestled in the Asai Valley, far in Crane territory…

This story is connected to our Saga of the Inukai campaign, but takes place a few generations later and can be enjoyed as a stand-alone story. It is continued in our Kintsugi Chronicles campaign.

**This game used our streaming “Help A Player” mechanic, which allowed live viewers to purchase dice re-rolls for players. We eventually removed this mechanic after feedback from the Happy Jacks community.