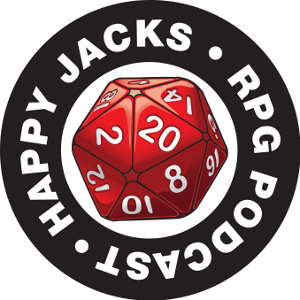 “B” asks us about players always playing the same sort of character. We discuss if pigeon-holing yourself as a player is good, band or just doesn’t matter. Tom emails us to discuss quantifying PC intelligence and playing a character who is smarter than the player. He suggest that FATE’s declarations may very well be the best mechanic to emulate that smarter-than-anyone sort of PC, like Sherlock Holmes. We agree. Thomas Who Doubts also chimes in on PC intelligence and other possible ways to help players play a more intelligent PC.

Andrew sends us some love from Newfoundland. Jaiden, who is starting a Traveller campaign asks us about accents. Stork reiterates his excellent animal personality method. Jaiden also provides a link which provides a lot of examples of accents.  Ed chimes in about a previous email in Season 09 Episode 02, where the GM stated a PC’s death happened “off screen.” He gives  a few possible alternate ways to resolve such a situation. And finally, SirGuido sends us a gaming nightmare, wherein he describes a game where the party is given over-powered magic items by the GM, who then regrets giving the items and tries to take them away.

Devon from Portland sends us a report and a question. We begin a world building exercise.

: Play in new window | Download hjrp2811 Your Hosts: Stu, Christopher, Kimi, Stork In this Episode: James from New Zealand asks for some...

: Play in new window | Download hjrp2810 Your Hosts: Stu, Tappy In this Episode: Corbin writes in about physics in fantastic settings. And...