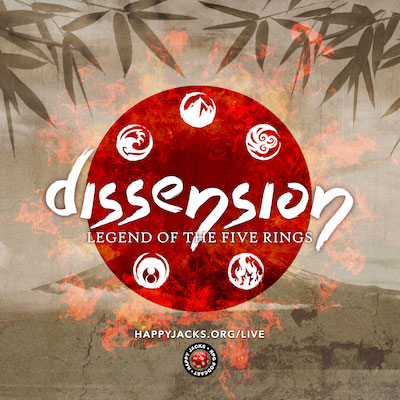 **NOTE: This is a character generation session. No actual playing.

Summary: It is a time of chaos and war. The Lion and Dragon Clans have declared war upon the Crane and Mantis. The fighting was bloody and costly. Finally, the Emerald Champion asked the remaining clans to strike against the warring clans’ ability to continue the fight. Now all the Great Clans are at war. But the Emperor had a plan to end the fighting, and it involves a minor, troublesome minor family nestled in the Inukai Valley, far in Crane territory.